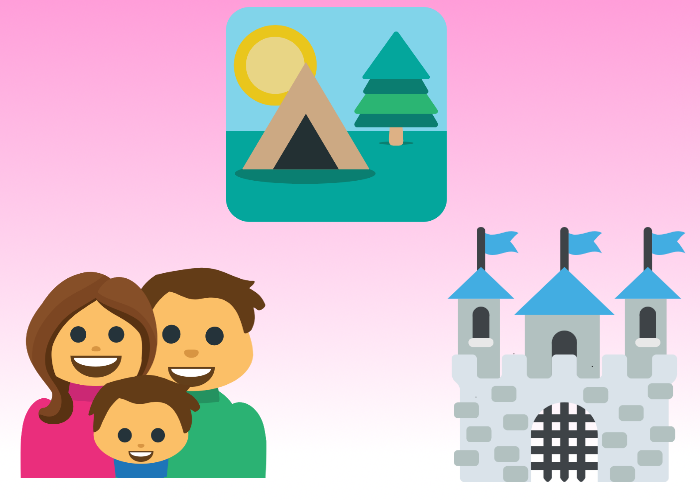 When I first began looking into good sources for open source, public domain, and creative commons artwork, emojis weren’t even on my list of things to look at. I didn’t realize they were mostly open source, or that so many beautiful designs were behind these little images you see on Twitter, Facebook, etc! The breadth and detail of the images in the emoji libraries is rather astonishing, and I’m excited to say that emojis now make up some of the best images we have in our database.

I may have been thinking more of emoticons than emojis - more like smiley faces with a few weird characters thrown in here and there. But the emoji libraries have over 800 unique concepts/images each - plus all of the diversity stuff where they include variations in different colors, as well as men and women for each item. We’ve gotten rid of the diversity stuff just to reduce redundancy - as Kwippe is for building your own variations, and it makes it harder to find what you are looking for when you have to look through 20 of each item just to find something. I’ve tried to vary the hair a bit, alternating between some of the varieties. We’ve got wizards, fairies, wrestlers, snowboarders, and all kinds of fruits, vegetables, landmarks like the Statue of Liberty, animals, and way more.

I did have to pull a lot of the images into Illustrator to get them ready for use in our system - especially with the earlier emojis, where transforms and clip paths seem to abound! (agghh!).

All of these beautiful emojis have gotten me wondering about where the idea for emojis came from, and I found an interesting article today - The Suprising History of Emojis. Worth a read! From where I’m sitting I’m extraordinarily grateful for the emergence of these emojis, and the generosity of folks at Firefox, Twitter, Google, and Emojione, who make up the bulk of the awesome emoji artwork we’ve gotten into our system.